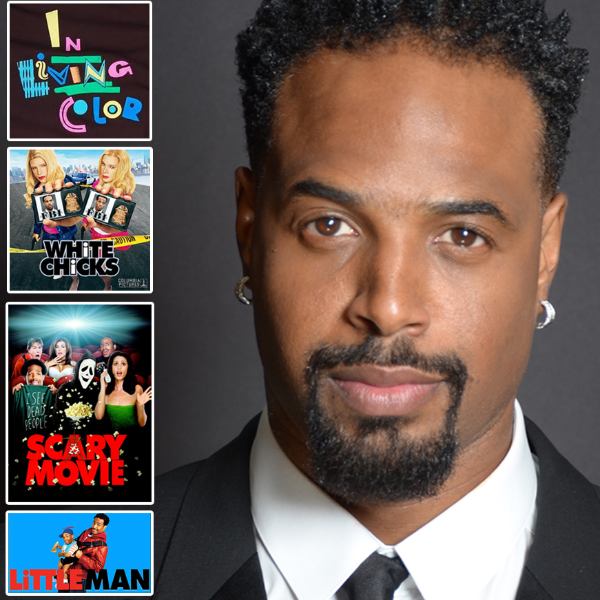 Shawn Wayans made his acting debut in 1989 in his brother Keenen Ivory Wayans’ feature film “I’m Gonna Get You Sucka.” Immediately following his feature film debut, Shawn joined the cast of the Emmy Award winning comedy series, “In Living Color.”

Shawn starred in the box office hits, “Little Man” and “White Chicks,” both of which he also co-wrote and co-executive produced. Shawn began co-writing his string of blockbusters with the smash “Scary Movie” where he also played Ray, an ambiguously gay football jock, alongside his brother Marlon Wayans, and directed by Keenen Ivory Wayans. Co-written, co-executive produced by and starring Shawn Wayans, “Scary Movie 2” was the only sequel in the “Scary Movie” franchise with direct Wayans involvement. Shawn will next be seen on the big screen in “Dance Flick,” the new comedy co-written with brothers Marlon and Keenen Ivory, premiering in February 2009.

Shawn’s past film credits include the hit comedy “Don’t Be a Menace to South Central While Drinking Your Juice in The Hood,” which he co- wrote, executive produced and starred in with brother Marlon Wayans. The movie was a comic spoof of the coming-of-age-in-the-‘hood movies and is a huge cult favorite.

“The Wayans Bros.” sitcom, which Shawn and Marlon created and starred in, was the first WB show to be sold into syndication after heading up the WB network lineup for five years.

In 2006, Shawn, along with his brothers and sisters created The Boo Crew animated specials for Nickelodeon is about nine inner city kids from diverse backgrounds where lessons are learned through real world situations infused with comedy and music. In addition to creating, Shawn also wrote, produced, directed and voicing the series for the revival with new episodes on its YouTube channel, The Boo Crew TV.

When not on the road performing stand up, Shawn can be found hard at work in the “lab” where he and his brothers are busy concocting their next project